mARC cULLISONEach of us who served in Vietnam was the guy next door, the average Joe, not a hero. The boy who might date your daughter or sister. The young man who might mow your yard. In Vietnam, we weren’t out to be heroes. We just did our jobs.

For a helicopter pilot, each day was like all the others. You flew the mission and never stopped to think that it might be your last. You didn’t think about the bullet holes in the helicopter, the cracks in the tail boom, or about any of it until night, lying in bed when you couldn’t think of anything else.

The Other Vietnam War is the story of the introduction to a new country, a backward culture, the perils of a combat zone, and the effects on a young lieutenant fresh out of flight school. It does not labor the reader with pages of white-knuckle adventures, as so many other fine books about the Vietnam War do. It instead focuses on the internal battle each soldier fought with himself to make sense of where he was, why he was there, and if he was good enough. 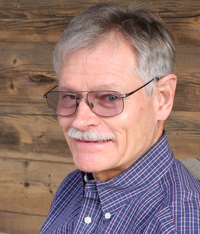 The administrative duties of Commissioned officers, while tame compared to the exploits of valiant pilots who wrote about them, caused a deep introspection into life and its value in an enigmatic place like Vietnam. Aside from the fear, excitement, deliverance, and denial that each pilot faced, the inner battle he fought with himself took its toll. Some of us thought we’d find glory. But many of us discovered there is no glory in war.

The Other Vietnam War – Free Preview

3 thoughts on “The Other Vietnam War”