This has been a wonderful week for the authors with Imzadi Publishing, our authors and their books have received wonderful reviews! Check them out and then click on the book cover to purchase your own copy today!

This book is so top notch. It’s like a really good Scotch. Very satisfying, feels old school, seems like reading it made me cooler, or at least feel like a cooler person. This is a perfectly well crafted, balanced, detective thriller.

This was a well-written crime story. The protagonist detective character was well crafted and the plot flowed in a manner that made this a real page-turner. Definitely recommend.

CONTENT IS DARK AND GLOOMY, BUT AS USUAL, AUTHOR DELIVERS A POWERFUL, WELL-CRAFTED STORY – 5 STARS!

The author avoids sensationalism here. As dark as the plot gets, what stands out, as usual, are the characters and dialogue. There is never a lack of scandal in Ironton, New Jersey, a city whose glory days are in the past, but where a few good people hope to make real and lasting improvements.
Police detective Frank Nagle is one of them. One of the best things about this series is that readers can start anywhere and not feel like they are missing out on so much. The author is very adept at giving enough of the backstory to whet readers; interest in going back to earlier novels.
Characters who have appeared in earlier novels of the series reveal some surprising things about themselves in this book. The author makes it all fit together in a fast-paced riveting story.

A very well written and interesting memoir. I also enjoyed reading about his return to the states and his thoughts about Vietnam.

Reviewed in the United States on June 29, 2020‘The Hedgerows of June‘ is a great book. Ron Shannon Is a talented author; every aspect of the book is high quality. “Hedgerows” is a well-written page-turner with a narrative that kept my attention until the end.

The main and supporting characters are well-developed. It was clear to me that the setting was well-researched.

At first I wasn’t sure I would be able to stay interested in a fiction book but this one kept my attention from the first page. Being from New Jersey I enjoyed the parts of the book that were set there. Overall it was a worthwhile read and interesting story!

I don’t usually read romances, but this was good. It was a genuine tear-jerker with a satisfying ending. Also has some unique destinations. Very good, the perfect beach read.

Imzadi Publishing has something for everyone and a great Kindle sale going on right now. Pick up your perfect beach/poolside read today! 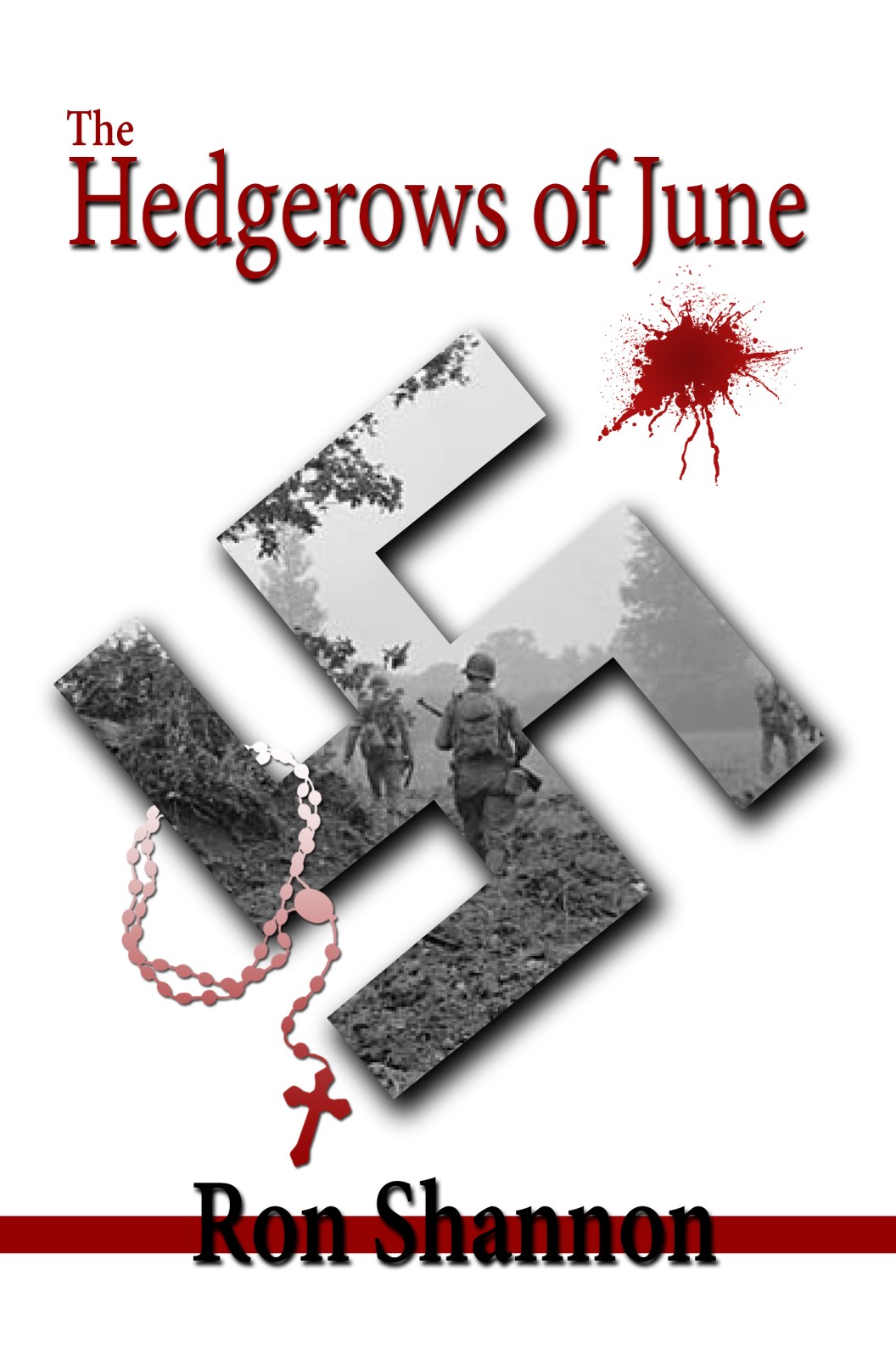 Staring Into The Blizzard

Sex, drugs, and rock-n-roll are a normal part of the scene in the late seventies around the Rutgers University campus. Gaudy Gaunt knows this scene better than anyone; it’s his beat as a music columnist. He haunts the local bars and clubs reviewing up ‘n’ comers in the music industry, constantly looking for the next band to make it big! One night, during the middle of the biggest blizzard in a decade his demons come to call, tempting him to desperate actions. He wakes the next day in the mental hospital known as “The Clinic”.

Sandy Flame is a woman on a mission, determined to make it to the big time no matter the cost. Recognizing a burnt out star on the verge of success, she grasps her opportunity for all it’s worth, using everyone in her path in order to seize her dream; Bobby Blast is her ticket to the top.

Literal Magic is a band on the brink of a big music label contract. They could have it all – the money, the fame, and the women. There’s just one problem, a big problem, their lead singer Bobby Blast just goes through the motions during their gigs wasted out of his mind on drugs and alcohol. Nights of half-assed performances and three-day benders have taken their toll on Bobby, and the band has had enough!

Two deeply disturbed men on their own private journeys through Hell, one woman determined to make it big no matter what it takes. Will they find their sound, or get lost in the storm? Only time will tell when you are…Staring into the Blizzard!

It’s April 1969 and many of the flower children who left home to escape the old morality face disillusionment, extreme poverty, and death. They give up on their dreams and do whatever it takes to survive even if it means submitting to unconscionable evil.

Stanton Clayburn, a young private investigator, has been hired to find a nineteen year-old lost flower child. He is determined to bring the boy home safely, but the journey takes him back to the world that nearly destroyed him.

Tillie Thornwhistle, the daughter of a white father and a black mother, knows the meaning of hardship and living as an outcast. Adversity makes her strong and gives her the determination to let nothing get in the way of her success. Then a series of misguided ventures changes everything. The trail to redemption includes a psychopath, an unexpected trip, and the mysterious Stanton Clayburn.

Stanton and Tillie meet under extraordinary circumstances. Fate and necessity pull them together. What follows is an adventure that could easily cost them their lives.

France, late June 1944. The town of Saint-Lô is an important Nazi transportation hub in occupied France and the experienced German Army is determined to defend it. An inexperienced American Army is equally determined to conquer Saint-Lô. The result is the Battle of the Hedgerows, one of the bloodiest battles of World War II.

A British spy, Chris Weymouth, and an American expatriate, Mary McCorkel, meet at the home of Jean-Claire, an aging French Resistance operative. She tells Chris they have been given the responsibility to reunite four children with their fugitive parents in Saint-Lô. Chris is reluctant to take the dangerous mission, but Jean-Claire tells him he has no choice. The OSS has ordered Chris to get the children to Saint-Lô for purposes he is not permitted to discuss with Mary. Mary has her own secret reasons for making the journey.

To get to Saint-Lo they must cross the treacherous French farmland known as the bocage, what will soon be the battelfield. While staying one step ahead of the attacking American forces and dodging the Germans.  Chris and Mary discover their lives are threatened no only by the war, but also by the secrets and deceiptions they are sworn to protect.

It’s with heavy hearts that we find ourselves at Imzadi having to say goodbye to a treasured author and friend in our publishing family.

Ron Shannon lost his battle with cancer September 27th. Our thoughts and prayers are with his friends and loved ones during this time of loss and grief.

“Staring into the Blizzard” will be published in memorial as planned.

We are proud to announce that Ron Shannon is a finalist for a Maggie Award!  He has been nominated for The Hedgerows of June.  Get your copy today!